Teardown of a cheap rotary encoder

For my humidor controller project I recently ordered cheap Chinese rotary encoders via eBay. Before I used the Noble RE0124PVB17, but they were out of stock just as I needed more. As I didn't want to spend much more than 50ct per piece I had to turn eBay for cheap Chinese parts. I paid 6,88 € for 10 pcs incl. shipping and ordered two bags. The parts arrived just eight days later, which is phenomenal considering that they were sent from China. Quality-wise these parts are not on par with the ones from Noble or Alps. The push-button is ok, but I don't like how they turn. The detents feel rather unprecise and wiggly. However, they seem to work and the inner construction is reasonable. I added some pictures of a unit I tore down. Future will tell if they can stand the expected usage. 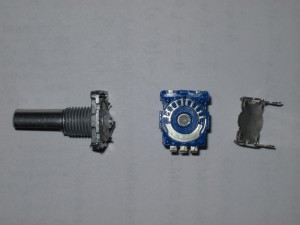 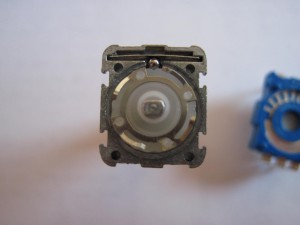